I finally was able to access the project payday material and not only does it look legit, it looks very promising. It will take a while to test and experiment with, but I am excited about it. The instructional materials were very clear and straighforward and well written, and they do explain what is a very real opportunity.

This is not a get rich quick scheme, but it does look like a very real opportunity to make some money. I have applied to become an affiliate and I will begin using their methods immediately so stay tuned for updates.
Posted by huzone at 2:30 PM 1 comment:

This morning against my better judgement I responded to a website with the title of the subject. It made a nice pitch and offered the option of getting the program for free by accepting an offer from the list of offers. I looked over the list and chose BlogToolKit for obvious reasons. It offered a trial for $1.95 which was easy to accept but I didn't find out until after I had submitted my CC number that after 14 days I would be charged $39.95 a month. Of course I had the option of cancelling, but to not disclose all the terms of the deal before I was asked to sign up is dirty pool, it's unethical.

I don't understand why merchants pull these kinds of stunts. How can they engender confidence in their materials if you immediately feel like you have been manipulated?

Not only that, but I still haven't heard from Project Payday with how to access their materials. Perhaps this notice will come; it has only been a few hours, so I will reserve my judgment here. But this was certainly not an auspicious beginning, and with Mercury retrograde I have a policy of not beginning new projects, so I should have known better anyway!
Posted by huzone at 10:56 AM No comments: 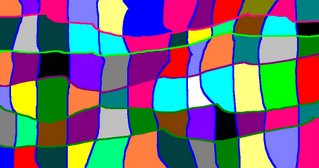 Posted by huzone at 8:11 AM No comments: 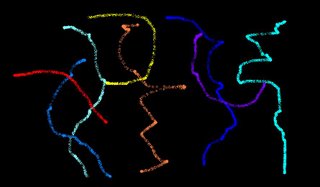 Posted by huzone at 8:06 AM No comments:

Saving NPR and PBS Once and for All

If you have any political awareness at all, you know that public radio and TV are under constant attack. I thought this recent email from Move On was worth printing here:

Dear MoveOn member,
Thanks to word of mouth, we reached our goal—over 600,000 people have signed the petition to save NPR and PBS once and for all! That's off the charts.
Congress heard us loud and clear. In fact, the chair of the Public Broadcasting Caucus, Congressman Earl Blumenauer (D-OR), reached out to MoveOn members. Here's what he had to say:
"Despite getting rid of Tom Delay and the Republican-led Congress, the Bush administration continues proposing draconian cuts to public broadcasting. MoveOn played an invaluable service in the last Congress to help restore funding, and I hope MoveOn will continue its efforts as I and other members of the Public Broadcasting Caucus work to secure funding for PBS and NPR once and for all."
But the fight isn't over. In reaction to our petition, a right-wing group has launched a petition calling on Congress to eliminate all funding for NPR and PBS.1 This is a real fight, and we hope you're in it for the long haul.
If you like, you can contribute to our efforts here:
https://civic.moveon.org/donatec4/creditcard.html?id=9925-4257346-fFfKsv&t=1
The battle is on—let's guarantee NPR and PBS have permanent funding and independence from partisan meddling. We'll print and deliver this massive petition to every member of Congress. And we'll keep you in the loop on the next steps.
As always, thanks for all you do.
–Noah, Wes, Carrie, Joan and the MoveOn.org Civic Action Team Friday, February 23rd, 2007
Source:
1. "Report Sees Few Funding Alternatives for PBS," TV Week, February 20, 2007http://www.freepress.net/news/21196
Posted by huzone at 6:23 PM No comments:

On Being Single: A Personal Reflection

I was just googling around this morning and I found this great essay. First I googled "mystic" and found: http://themystic.org/ This site is most fascinating and looks very worthwhile.

Then I googled "spiritual" and found another very interesting website. The following link is to an essay that has the same title as this post. There is lots of other juicy material on this website but especially for the single folk, I direct you to this brilliant short essay: http://www.soulhealing.com/single.htm
Posted by huzone at 8:23 AM No comments:

I finally took the plunge and became a member of the freelance work exchange. There are lots of useful resources here and lists of legit jobs. I have started to plow through the material and apply for jobs for which I am qualified. We shall see how it goes. My first impression is that this may be a worthwhile investment; only time will tell.

Want exclusive access to the hottest freelance jobs online today? Signing up for trial membership of Freelance Work Exchange gives you access to cool projects like these:


Fire your boss and set your work-at-home career off to a cracking start. Click here to get instant access for just $2.95.

Check out my recently published content on AC:Send Your Kids to Summer Camp at Circle Pines!
Posted by huzone at 5:27 PM No comments: