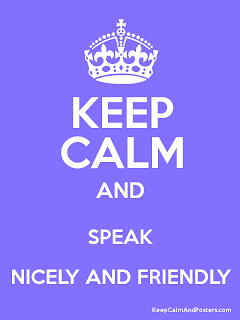 Comcast has a reputation as one of the big Boogymen of corporations and I do understand where that reputation ccmes from. But if you learn how to talk to the minions of the Boogyman, it can show some humanity:)

My last bill was close to $90, 88 and change. I have very high speed internet and that's all. They sent me a cable box but I have never hooked it up. TV is a dangerous drug and I spend too much time in front of a screen as it is, but that is not what this post is about.

I called their maddening customer service on Sunday and after jumping through the digital hoops to get to a live person, they recommended I call back on Monday, and they even told me what codes to press once you got to the main menu; they said 5 and then 1

Ok so Monday AM I am on the phone. Turns out the rate was so high because my yearly promotion was over and this was the regular rate. I said, OK, this is unaffordable so bottom line, they put me back on another promotion where the monthly bill will go back down to less than $60. Now we're talking!

The lady with the thick accent even suggested I could only pay $70 this month without penalty and next month I would get a prorated rebate, blah blah blah.

So the old saw about catching more with honey instead of vinegar applies. Talk nice to the lady, explain that you need their best deal, and surprise, surprise, they will give it to you. Perhaps it helped that Jupiter was conjunct the Sun today, I dunno but I'll take it.

Posted by huzone at 9:25 AM No comments: